International trade is central to the growth and development of economies worldwide. It accords countries with many benefits, such as the optimal use of natural resources through exports and imports, foreign exchange earnings, exchange of technical expertise, increased revenues, employment opportunities, and many other benefits.

In line with the benefits of international trade and the removal of trade barriers to maximise its attendant benefits, African countries were inspired to adopt what has now become known as the Africa Continental Free Trade Area (AfCFTA) under the auspices of the African Union to boost intra African trade. One of the aims of AfCFTA is to create a single market for goods and services to deepen Africa’s economic integration. This has an enormous potential to open up huge investment and trading opportunities in Africa.

As a result of the investment and trading opportunities, disputes may arise among states or private investors. This article overviews the dispute settlement mechanisms under the AfCFTA and its Protocols.

Disputes arising from trade may occur in three of the following ways:

A dispute settlement mechanism has been established under the AfCFTA agreement to settle disputes between State Parties.[1] Under this, the PROTOCOL ON RULES AND PROCEDURES ON THE SETTLEMENT OF DISPUTES has been adopted to regulate the settlement of disputes between State Parties in a manner that is transparent, accountable, fair, predictable and consistent with the provisions of the AfCFTA agreement.[2]

The dispute resolution mechanisms provided under the AfCFTA framework are similar to the World Trade Organization Dispute Settlement Understanding. To this end, a Dispute Settlement Body (DSB) has been established under the protocol[3]. The DSB comprises representatives of State Parties and outlines the framework for resolving disputes under the agreement and its other Protocols. The mandate of the DSBs is to interpret and apply all AfCFTA legal instruments together with their Protocols and govern State Parties’ rights and obligations.

There are different methods of disputes settlement mechanisms under the Protocol, as follows:

This method is the first step when a dispute arises between or among the State Parties to find an amicable resolution to the dispute.

The aggrieved party who has requested consultation is to notify the DSB in writing about the reason for the request, the issues, and the legal basis of the complaint.

The Consultation method allows parties to discuss their issues and arrive at an amicable resolution.

Without prejudice to the rights of the State Parties in any other proceeding, Article 8 of the Protocol provides that State Parties to a dispute may voluntarily undertake good offices, conciliation, or mediation at any time. This may involve an independent person unrelated to the disputing parties to assist with finding a mutual agreement between the parties.

Disputes between parties may sometimes not be resolved by Consultation or Mediation. In such instances, the aggrieved party may request the DSB to establish a panel in writing. The establishment of these bodies stems from an actual dispute if other methods have failed.

To ensure and preserve the impartiality and independence of the Panelists, Article 5 provides that nationals of the disputing State Parties shall not serve on a Panel concerned with that dispute unless the parties agree otherwise.

A third party interested in the dispute can also notify DSB and submit its written submission to the panel.

Notwithstanding an elaborate framework provided for settling disputes under the protocol through the DSB, arbitration has been highlighted as an essential option State Parties may adopt for a binding resolution of disputes.

The growth in international trade and investment as a means of creating new economic opportunities for both developed and developing countries has led to the rise of specialized international investment agreements that seek to regulate various issues related to foreign investment.[4] In this context, special consideration has been given to the concerns of both foreign investors and host countries concerning dispute-settlement procedures.  These are usually provided under bilateral investment treaties (BITs) or through regional agreements and other instruments.

However, the AfCFTA framework has not provided any mechanism for dispute resolution between investors and States, notwithstanding the critical role private individuals and investors will play in realizing the objectives of the continental free trade area. Thus, private parties can only bring their cases to the DSB through their respective States and not as individuals.

The coming into force of AfCFTA will undoubtedly increase the flow of foreign investment in member states. The steady flow of foreign investment will, in turn, lead to an upsurge in the number of disputes between private investors since they remain the bedrock of any success story of AfCFTA. Unfortunately, no institutional provision has been established to address such disputes. Private parties can only bring their cases to the DSB through their respective States or the traditional courtroom litigation. Some investors are also likely to resort to Arbitration to resolve their disputes.

Indeed, the need for arbitration as an institutionalized framework within AfCFTA is more critical in respect of Investor-State disputes. State to State disputes has been adequately provided for in both the agreement and the protocol. On the other hand, private disputes have numerous options, either through traditional litigation or arbitration.

Arguments have been put forward for and against the inclusion of Investor-State Dispute Mechanisms in AfCFTA’s dispute settlement framework. However, there is a need for legal remedies to accommodate and ensure efficient outcomes and optimal practices for all parties involved in the realization of the AfCFTA objectives. This will be consistent with the five themes undergirding the Investment Protocol of AfCFTA; predictability, sustainable development, the right to regulate, policy coherence, and balance of rights and obligations.

Therefore, it is incumbent that State Parties to AfCFTA engage with the investor community to develop a framework that will be mutually beneficial and without compromising the fundamental objective of a continental free trade area.

[2] Article 2 AfCFTA, Protocol On Rules and Procedures On the Settlement of Disputes 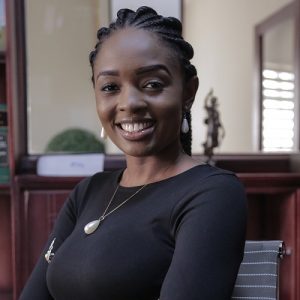 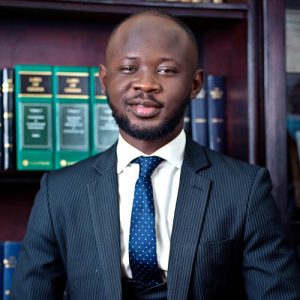