A Guide For Convening And Conducting An Annual General Meeting 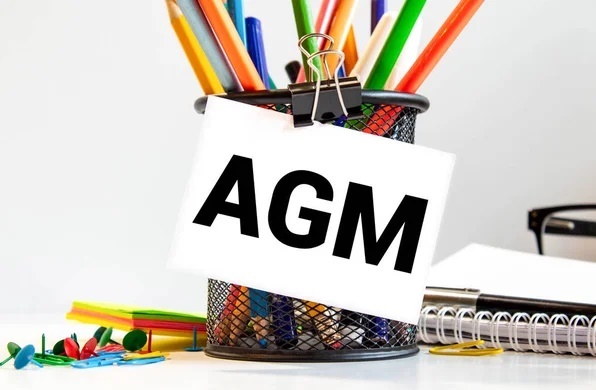 Members of an incorporated company, though holding interests in the company, are often not in direct control of its affairs. Directors bear the responsibility of managing interests on behalf of members and hence, are required by law to hold an Annual General Meeting (AGM).

The AGM is a forum where directors report on the affairs of the company to its members, and decisions are formally taken in respect of the company’s business. As its name suggests, an AGM is held once every year. Decisions of members taken at an AGM is deemed as an act of the company to which it can be held liable. It is therefore, not surprising that the Companies Act, 2019 (Act 992) (the “Act”) governs all aspects of an AGM for companies incorporated in Ghana.

Act 992 recognizes a meeting of shareholders and directors to be a valid AGM only when it fulfills these three conditions:

Mechanics for convening and conducting an AGM

It is often the case that a person aggrieved by a decision of members of a company in an AGM will consider challenging the validity of the meeting as to whether it was convened and conducted in compliance with all provisions of the Act. It is, therefore, important that the provisions of the Act are strictly adhered to unless such provisions are expressly modified in the registered constitution of the company.

Ghanaian companies must hold AGMs in the Republic, unless otherwise stated in the registered constitution of the company. The constitution need not state the specific jurisdiction of the meeting but only provide that the AGM can be held outside the Republic, and the modalities of determining such a venue. In the wake of the pandemic, the Registrar-General issued a Notice to permit companies hold virtual AGMs. It is advisable however that the constitution of a company expressly provides for virtual meetings to avoid disputes in future.

The following should serve as a guide to the company on the procedure and conduct of the virtual AGM:

These guidelines may be integrated with the traditional or normal physical face-to-face AGM elements to produce a hybrid meeting. This is to allow members to decide whether they would prefer to attend the meeting in person or virtually, taking into account the cost of travel.

The Notice and Agenda

AGMs must be convened by notice in writing to persons entitled to attend; members of the company; directors; auditors; and a legal representative in respect of a deceased member, receiver or trustee in the event of bankruptcy of a member. The minimum period of a notice period required for a valid AGM to be held is 21 clear days from the day the notice is given. Act 992 permits the registered constitution of a company to increase but not decrease the stipulated notice period[2]. The notice period of a specific AGM may be less than 21 days only when there is a unanimous agreement by the members entitled to attend the AGM.

The notice must state:

In order to simplify the agenda, Act 992 groups what should generally constitute the agenda of an AGM. In a notice, the statement “to transact the ordinary business of an annual general meeting“, by default includes the following items:

The notice and agenda of an AGM are deemed sufficiently served when they are:

The notice must be given for all AGMs except for an adjourned meeting which is held not more than 30 days after the original meeting. Failure to give notice of an AGM is deemed as an infringement of the right of a member to attend, speak or vote at the AGM.

Unless otherwise stated in the registered constitution of a company, the Act provides that the quorum for a company with one member is one. If members are more than one, then the quorum required is two. One member can also form a quorum where the company has more than two members if the member has shares representing more than 50% of the voting right of the company.

Prior to the commencement of each business on the agenda, the chairperson must count the number of members present to determine that there is a quorum. There need not be quorum throughout the discussion and vote on any matter.

A member is entitled to appoint a representative to attend, speak and vote at an AGM on his behalf. The proxy need not have any relation with the company. In the case of a company limited by guarantee, a member has such a right only when the registered constitution of the company expressly states so.

A member entitled to appoint a proxy must execute the relevant instrument of appointment. The executed instrument must be sent electronically or physically to the company. This should be done no later than 48 hours prior to the meeting. The appointment of a proxy can be terminated at any time.

Voting at an AGM

There are two types of voting – voting by show of hands or by polls.

On the vote by show of hands each person has one vote irrespective of the number of shares held. This is the default type of voting at an AGM. A vote by poll may be demanded by ordinary resolution before or on the declaration of results.

On the vote by poll, unless otherwise stated in the constitution, the number of shares of a member determines the number of votes of that member. For a company limited by guarantee, each member has one vote irrespective of his interest.

The chairperson has a casting and second vote to break vote ties, irrespective of the type of voting done. The constitution may provide for other means of breaking a tie.

Resolutions at an AGM

An Ordinary Resolution is passed at a valid AGM by a simple majority (50% + 1 vote) cast by members entitled to vote on that matter.

The Special Resolution is passed by three-fourths of the actual votes cast at a valid AGM. The notice must have indication of such special resolution to be passed.

The Act requires that the company secretary takes minutes at each AGM as evidence of proceedings. Minutes taken are not valid until signed by the chair of the meeting.

Though mandatory, an AGM may be formally dispensed with in accordance with the Act 992, only by a written Resolution signed by the auditors of the company and all members entitled to attend the AGM. A member is not entitled to attend an AGM if he has been prohibited from attending, for example, for failing to pay for the shares allotted.

Failure to hold an AGM, without a Resolution of dispensation renders the company and each of its directors liable to pay an administrative penalty to the Registrar.

A meeting of the shareholders and directors, in the absence of satisfying the relevant preconditions of an AGM, can be deemed an EGM. EGMs can be held multiple times in a year before or after an AGM, with similar proceedings as an AGM.

This publication may provide a summary of legal issues but is not intended to give specific legal advice. If you require legal advice, please speak to a qualified lawyer, which may include a qualified member of our legal team at B&P ASSOCIATES (info@bpaghana.com).